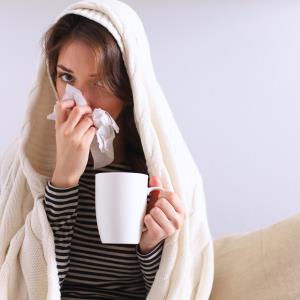 Influenza worsens AMI outcomes
13 Nov 2019
Patients with acute myocardial infarction (AMI) are likely to suffer from worse clinical outcomes in the presence of influenza and other viral infections, a recent study has shown. 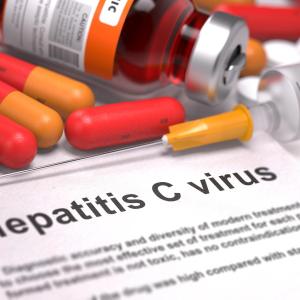 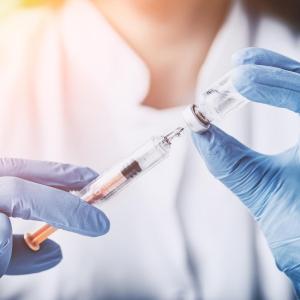 With increasing affordability and availability of international travel, many endemic infections once restricted to overseas regions are now not uncommonly seen in our locality. Three cases of important arthropod-borne infections from returned travellers are reported below.

He was diagnosed as an imported case of P. falciparum malaria. He was transferred to isolation ward and subsequently intensive care unit for close monitoring. Combination artesunate and doxycycline as well as supportive treatment with antipyretics and mannitol were administered. His parasitaemia was gradually cleared before discharge and he made a full recovery without sequelae.

Five Plasmodium species are capable of causing human infections, namely, P. falciparum, P. vivax, P. ovale, P. malariae and P. knowlesi. The first two are the most common, with mortality seen mainly in patients infected with P. falciparum. They are transmitted by female Anopheline mosquitos. P. knowlesi originates from the Malaysian peninsula and was initially found in simian species before its first documented human infection in the 1960s.1 Malaria is still a highly fatal disease especially if diagnosis or treatment is delayed, with 438,000 deaths recorded by the WHO in 2015. The worldwide geographic distribution of malaria is presented in Figure 1.

Malaria is usually asymptomatic for 1 week after being bitten by infected mosquitoes. As the incubation period ranges from 2 weeks to 1 year, it is important for clinicians to take note of patients’ travel history in the past year. Malaria frequently presents with various nonspecific symptoms, including abdominal pain, diarrhoea and cough. Febrile paroxysm (as a result of rupture of infected red cells) is found in only 8–23 percent of patients, which highlights the importance of having a high index of suspicion.2 There is sometimes only a short window when early diagnosis and treatment can improve outcomes (especially in the case of P. falciparum malaria). After being discharged by an unwary clinician, the patient might not present for medical attention again until the development of multiorgan failure, which is not necessarily salvageable even with appropriate antimicrobial therapy.

Severe P. falciparum malaria is often characterized by parasitaemia over 5 percent, altered consciousness or seizure, oliguria, jaundice, severe normocytic anaemia, hypoglycaemia and anaemia. Standard treatment consists of artemisinin derivatives or quinine, plus a longer acting antimalarial with a different mode of action (such as doxycycline or clindamycin). Artemisinin is superior to quinine for severe disease in lowering mortality, while quinine has the additional risk of cardiotoxicity and hypoglycaemia.3 Other important supportive measures include judicious transfusion for patients with Hb below 7 g/dL and renal replacement therapy for patients with oliguria not responding to fluid challenge.

Much research effort has been devoted to the development of an effective malarial vaccine. A vaccine targeting the sporozoite stage of P. falciparum (RTS,S/ASO1) has demonstrated protection in African children aged 6–12 weeks and 5–17 months. The protection wanes over time nevertheless, probably due to the non-immune status of recipients towards blood-stage parasite antigens. Other vaccines targeting additional stages of the parasites’ life cycle are currently in development.4,5

A 55-year-old Dutch businessman arrived in Hong Kong after 3 weeks of travel in Bangkok and Samui, Thailand. He was admitted to the hospital 1 day after arrival for acute onset of seizure as well as 5 days of fever, generalized rash, diarrhoea and malaise. He denied contact with febrile persons or animals, sexual contact or exposure to needles or blood products. He sunbathed and swam in Samui, and had insect and mosquito bites as well as jellyfish sting 6 days before admission. He developed three episodes of witnessed generalized tonic-clonic convulsion at the emergency department. Cardiac monitor showed asystole with spontaneous reversion to sinus bradycardia of 30–40 beats per minute. He was transferred to coronary care unit for close monitoring. Blood tests revealed normal WBC count, lymphopenia (0.92 x 109/L), anaemia (Hb, 10.5 g/dL), thrombocytopenia (platelet, 61 x 109/L), deranged liver parenchymal enzyme (ALT, 108 U/L; AST, 113 U/L), with normal bilirubin and cardiac enzymes. Blood and urine for cultures and toxicology were all negative. Blood smears for malaria were negative. Transthoracic echocardiogram showed normal ejection fraction with trivial mitral regurgitation. CT of brain and chest X-ray were both unremarkable.

Dengue virus is a member of Flaviviridae with four serotypes. It is widely distributed in both tropical and subtropical areas. Outbreaks have been reported in Singapore, Rio de Janeiro, Puerto Rico and Hawaii. WHO data revealed an increase of cases, from 2.2 million cases in 2010 to 3.2 million cases in 2015. Dengue virus is capable of causing the following three syndromes:

A)     Dengue fever (primary infection) has an incubation period of 4–7 days. It is symptomatic in around 20 percent of patients, with features such as influenza-like illness, retro-orbital pain, myalgia, lymphadenopathy, maculopapular rash, nausea and vomiting.6 Haemorrhage, especially from the skin, may occur. Patients develop life-long immunity after primary infection of the same serotype.

B)     Dengue haemorrhagic fever (secondary infection) occurs when patients with previous exposure to one serotype of dengue virus is infected with another serotype of the virus. It is characterized by increased vascular permeability and haemoconcentration (20 percent increase in haematocrit), pleural effusion and ascites. Thrombocytopenia is much more marked. Dengue shock syndrome may also occur.

C)      Expanded dengue syndrome describes a subset of dengue infections that do not fall into dengue haemorrhagic fever or dengue shock syndrome. It is typified with liver failure secondary to hypoperfusion, neurological manifestations such as encephalopathy or seizure (with virological confirmation on specimens of central nervous system), Guillain-Barre syndrome, retinal vasculitis, myocarditis and cholecystitis.

The WHO classifies dengue infections into dengue and severe dengue. In severe dengue, plasma leakage, haemorrhage and organ failure are marked (such as elevated transaminases above 1,000 units/L, impaired consciousness and involvement of heart or other organs). Patients with the following warning signs should be closely monitored for potential progression into severe dengue: abdominal pain, persistent vomiting, mucosal bleeding, restlessness or lethargy, hepatomegaly over 2 cm and haemoconcentration concurrent with rapid drop in platelet count.7

Dengue virus infection was historically diagnosed by a fourfold rise in haemagglutination assay between acute and convalescent samples (taken at baseline and 10 days, respectively). Early and higher titres are observed for secondary infections. Other modalities include dengue virus-specific IgM assay, which can be detected by the 6th day of illness, as well as real-time PCR (result available in 1–2 days).

Management of dengue virus infections is largely supportive in nature despite ongoing studies showing probable antiviral activities with some compounds.7 Dengue vaccine is another hot topic for research, with live-attenuated vaccines being the most advanced in development.8 However, there is a safety concern among children aged 2–5 years along with a low efficacy of 33.7 percent in a phase III trial. No dengue vaccine is available in Hong Kong yet.

A 38-year-old African-Caribbean banker stayed on St. Barthelemy Island in the Caribbean region for 2 weeks before returning to Hong Kong via Paris and Shanghai. She developed polyarthralgia of bilateral small joints of her hands on the last day of her stay. She recalled mosquito bites but denied other significant contact or clustering history. She subsequently attended a private hospital for ankle sprain and requested Zika virus testing in view of its endemicity in the Caribbean region at that time. The test was positive and isolation order was issued. Basic blood tests were unremarkable. Viraemia and viruria were detected for 1 day after admission. The patient was discharged the following day without new symptoms.

Zika virus was first discovered in Uganda in 1947 and the first human cases were described in 1952. In the following 60 years, it gradually spread to Southeast Asia and across the Pacific Ocean. (Figure 2) It caught the attention of the media and health authorities because of the outbreak in Brazil in 2015–2016. The virus is a member of Flaviviridae and can be transmitted by two routes: a vector-borne route by Aedes mosquito and probably other candidate mosquito species, and non–vector borne transmission through blood transfusion, sexual, transplacental and perinatal routes.

Zika virus infection causes two syndromes and is symptomatic in around 20 percent of cases. The first syndrome is Zika fever, a dengue fever–like illness with an incubation period of 2–14 days. Patients may experience low-grade fever, retro-orbital headache, bilateral nonpurulent conjunctivitis, myalgia, arthritis/arthralgia over small joints and generalized maculopapular rash.9 Orchitis has also been found in male mice infected by Zika virus, and this may have implications in disease transmission and male fertility.10 The second syndrome is congenital Zika syndrome, which is best remembered by microcephaly. Additional abnormalities include low birth weight, excessive and redundant scalp skin, polyhydramnios, ophthalmological defects such as macular hole and retinal atrophy, and hearing abnormalities.

The gold standard for diagnosis of Zika virus infection is viral culture, which may be time-consuming. Real-time PCR has been used for detection of viral RNA in serum, urine and semen. It is occasionally applied with other body fluids such as saliva and nasopharyngeal aspirate. Antibody detection is of limited value in view of extensive cross-reactivity with other Flavivirus.

Management of Zika fever is supportive in nature as most symptoms resolve completely in 3–7 days. It is, however, important to watch out for neurological complications such as Guillain-Barre Syndrome and meningoencephalitis, which may respond to intravenous immunoglobulins or plasmapheresis. Prevention of Zika virus infection requires attention to both vector-borne and non–vector-borne transmission. Insect repellents and mass sanitation programmes reduce the risk of the former. Regarding the latter, travellers returning from endemic regions are recommended to practice barrier method during sexual activities for 6 months, as well as to defer blood donation for 4 weeks after the end of their journey.

Influenza worsens AMI outcomes
13 Nov 2019
Patients with acute myocardial infarction (AMI) are likely to suffer from worse clinical outcomes in the presence of influenza and other viral infections, a recent study has shown.