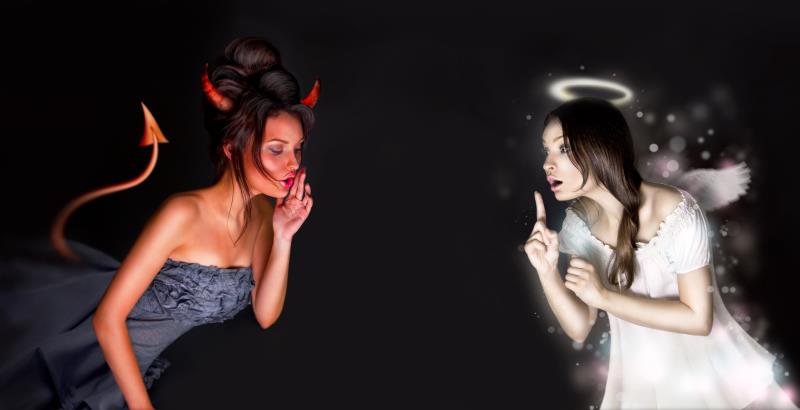 A 59-year-old gentleman with newly diagnosed advanced hepatocellular carcinoma (HCC) was referred to our centre for management. He had a history of diabetes, hypertension and ischaemic heart disease. He was a nondrinker and not a carrier of hepatitis B or C.

Standard systemic therapeutic options, including the multitargeted tyrosine kinase inhibitors (TKIs) sorafenib and lenvatinib, were discussed, as was the option of recruitment into clinical trials. Unfortunately, the patient was not eligible for any of the actively recruiting first-line clinical trials at that time. After thorough discussion, he opted for nonstandard first-line use of doublet immunotherapy, having understood the risks and benefits.

He was given ipilimumab 50 mg and pembrolizumab 200 mg every 3 weeks for four cycles. He tolerated the treatment well with no major immune-related adverse events (IRAEs). Dual-tracer PET/CT scan after the four treatment cycles showed complete metabolic response, with resolution of the tumour thrombus. (Figure 1) Laboratory tests showed normalized liver function.

The treatment landscape for patients with advanced HCC had been deserted before 2008, with numerous clinical trials failing to demonstrate survival benefits. A plethora of systemic therapies has become available since 2008 following the publication of sorafenib’s landmark study in advanced HCC.1 Current US FDA-approved standard first-line therapies for advanced HCC include sorafenib and lenvatinib,1,2 while regorafenib, cabozantinib and immunotherapy with nivolumab are approved as second-line treatment options.3-5 However, responses to standard first-line treatments remain dismal. For example, in the landmark study of first-line sorafenib, there was no complete response (CR), and only 2 percent of patients in the sorafenib arm achieved partial response (PR).1 Median overall survival was 10.7 months in the sorafenib arm vs 7.9 months in the placebo arm (hazard ratio, 0.69; 95 percent confidence interval, 0.55 to 0.87; p<0.001).

Encouraging results were shown in the CheckMate 040 trial, a phase I/II, open-label, noncomparative, dose escalation and expansion trial of the anti-PD1 agent nivolumab in patients with advanced HCC.5 In the dose expansion cohort, 42 responses (20 percent) were seen out of 214 patients, three of which were CRs and 39 were PRs. Interestingly, response to immunotherapies can be very durable. In CheckMate 040, the response duration ranged from 3.2 to more than 38.2 months, 91 percent of responders had responses lasting at least 6 months, and 55 percent had responses lasting at least 12 months. This trial led to the US FDA’s accelerated approval of nivolumab in 2017 as second-line treatment for patients who progressed on first-line sorafenib.

Novel treatment strategies involving combinations of immunotherapies and multitargeted TKIs are being actively investigated in numerous clinical trials in the hope of improving patients’ outcomes. Medical oncologists worldwide are eagerly awaiting the updated results of these pivotal trials, expected to be announced in the coming few years. However, before phase III clinical trial data become available, great care and caution must be taken when offering patients these nonstandard therapies as they can be a double-edged sword.

A 65-year-old man with a history of alcoholic cirrhosis and oesophageal varices was found to have rising AFP levels on routine follow-up. He also had a 3-year history of diabetes and was on diet control, with an HbA1c of 6.2 percent and fasting glucose of 6.8 mmol/L. He did not need any diabetic medications.

Contrast CT abdomen showed a 5.8 cm HCC in the caudate lobe. Further PET/CT showed peritoneal uptake. Biopsy of the peritoneal nodule confirmed HCC. The patient was not a carrier of hepatitis B or C. His AFP level was raised (4,000 ng/mL), while his Child-Pugh class was B.

The patient was referred to our centre for systemic therapy. After thorough discussions about the treatment options available, he received double immunotherapy with nivolumab and ipilimumab. After nine cycles of treatment, his AFP was normalized and PET/CT showed complete metabolic response.

However, the patient was subsequently admitted to an acute medical ward for progressive dizziness and deteriorated general condition associated with polyuria and polydipsia. Blood tests showed that he was dehydrated with metabolic acidosis, with a random blood glucose level of 20 mmol/L and a normal amylase level. He was also found to have ketouria. A diagnosis of diabetic ketoacidosis was made. He was managed with intravenous hydration and insulin infusion, which resulted in improvement of symptoms. Eventually, he required basal-bolus insulin with insulin glargine 24 units nocte and fast-acting human insulin 8 units TDS for diabetes control.

The acute complication of diabetic ketoacidosis was likely an IRAE. His pre-existing diabetes had been well controlled without medication. After receiving immunotherapy, he developed acute-onset severe hyperglycaemia, which required long-term insulin injection.

IRAEs had been well documented to be associated with the use of immune checkpoint inhibitors. Essentially any organ can be involved. In a phase III randomized clinical trial of nivolumab plus ipilimumab vs sunitinib in metastatic renal cell carcinoma, grade 3/4 treatment-related adverse events (TRAEs) occurred in 46 percent of patients who received double immunotherapy vs 63 percent in those receiving suninitib.6 TRAEs leading to discontinuation occurred in 22 percent vs 12 percent of the patients. Eight treatment-related deaths in the nivolumab/ipilimumab group were reported.  Of the 436 patients treated with nivolumab plus ipilimumab who had a treatment-related IRAE (including skin, endocrine, gastrointestinal, pulmonary, hepatic and renal AEs), 152 (35 percent) received high-dose glucocorticoids (≥40 mg of prednisone per day or equivalent).

While most IRAEs are mild and easily manageable under experienced hands, fulminant and potentially life-threatening complications can also happen. The European Society for Medical Oncology (ESMO) and American Society of Clinical Oncology (ASCO) have published comprehensive guidelines on management of IRAEs.7,8

The standard of care for advanced HCC is rapidly evolving. Several interesting abstracts presented at the American Society of Clinical Oncology (ASCO) 2019 Annual Meeting may provide insights into the management of advanced HCC in the future.

Further results from the doublet nivolumab and ipilimumab arm of CheckMate 040 were one of the abstracts of interest reported at ASCO 2019. All patients were previously treated with sorafenib and randomized to receive nivolumab 1 mg/kg plus ipilimumab 3 mg/kg Q3W (4 doses) (arm A) or nivolumab 3 mg/kg plus ipilimumab 1 mg/kg Q3W (4 doses) (arm B), each followed by nivolumab 240 mg Q2W, or nivolumab 3 mg/kg Q2W plus ipilimumab 1 mg/kg Q6W (arm C). Treatment continued until intolerable toxicity or disease progression. Overall, the objective response rate was 31 percent, with a median duration of response of 17 months.9 Of note, patients in arm A had an unprecedented median overall survival of 23 months, and 8 percent of patients had a CR. Up to half of the patients in arm A survived for more than 2 years. Overall, nivolumab plus ipilimumab was well tolerated, with 37 percent of patients having a grade 3/4 TRAE (most commonly pruritus and rash) and 5 percent having grade 3/4 AEs leading to discontinuation.

To push the boundary further, a group of researchers from the MD Anderson Cancer Center presented some thought-provoking data from their randomized phase II trial of perioperative nivolumab (arm A) alone vs nivolumab plus ipilimumab (arm B) in patients with resectable HCC.10 The trial included 17 patients, 14 of whom were evaluable. Pathologic complete response was observed in four of the 14 evaluable patients (29 percent) – two in arm A and two in arm B. Surgical resections were not delayed. The study is ongoing.

The new data reported at ASCO 2019 are just a few examples of the numerous clinical trials at the forefront of the battle against HCC. Clinicians should note with caution that these results are very early data and by no means the standard of care today. The regimens evaluated in those studies need to be tested in large-scale multinational phase III trials. However, they are very inspiring and give us hopes in the once deserted treatment landscape of deadly HCC.