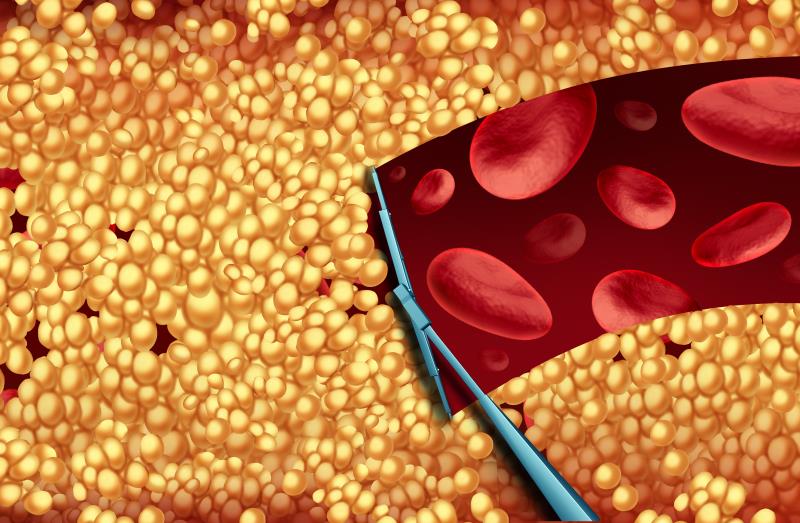 Patients with an atherosclerotic disease on a background of statin therapy, who were originally treated with evolocumab over a median of 2.2 years in the parent FOURIER trial, had a reduction in LDL-cholesterol (LDL-C) and a 15 percent lower risk of major CV events, but there was no CV mortality signal. [N Engl J Med 2017;376:1713-1722]

“The Kaplan-Meier curves during FOURIER were essentially superimposed and it was not until the OLE period had begun, with longer-term follow-up, that the benefit in terms of CV mortality reduction became apparent,” said principal investigator Dr Michelle O'Donoghue from Brigham and Women’s Hospital, Boston, Massachusetts, US at ESC 2022.

“Placebo patients, who transitioned to evolocumab after the parent trial was completed, made gains but failed to catch up,” she added. “They were 2 years behind the active treatment group when it came to lowering the LDL-C.”

“In the extension study, all patients were on open-label evolocumab,” continued O’Donoghue. “Still, we saw a divergence of the curves. It really highlights the lag in clinical benefit, as well as the legacy effect from that early and sustained reduction in LDL-C between the treatment arms.”

Most of the benefit was seen in the first years of FOURIER OLE, which reflects the head start these patients had with LDL-C lowering, she added.

“This begs the important clinical question as to the optimal timing of adding a PCSK9 inhibitor on top of statin therapy,” commented Dr Michael Shapiro from the Wake Forest University School of Medicine, Winston-Salem, North Carolina, US, in a separate editorial. [Circulation 2022;doi.org/10.1161/CIRCULATIONAHA.122.061727] “The data from FOURIER OLE adds to the growing evidence that targeting LDL-C to lower levels for a longer time is likely to yield the best results.”

FOURIER-OLE included 6,635 patients who completed the parent study, 3,355 of whom were randomly assigned to evolocumab and 3,280 to placebo. Median follow-up was 5 years; maximum exposure to evolocumab in the parent trial plus FOURIER-OLE was 8.4 years.

Patients originally on evolocumab continued with subcutaneous injections of evolocumab 140 mg every 2 weeks or 420 mg monthly. Placebo-treated patients were transitioned to evolocumab. Study visits were at week 12 and every 24 weeks thereafter.

At the start of the FOURIER trial, the patients’ baseline median LDL-C was 92 mg/dL. This was reduced to a median of 30 mg/dL with evolocumab treatment at 12 weeks in FOURIER-OLE. Over 63 percent achieved LDL-C <40 mg/dL on evolocumab.

Incidences of serious adverse events, muscle-related events, new-onset diabetes, haemorrhagic stroke, and neurocognitive events with long-term evolocumab did not exceed those for placebo-treated patients in the parent trial and did not increase over time.

Study discussant Dr Ulrich Laufs from Leipzig University, Germany noted that the LDL-C level of 30 mg/dL in FOURIER-OLE is lower than what the ESC guidelines for high-risk patients recommend and even lower than most assays can interpret.

He, however, cautioned against using the “legacy effect” to describe the benefit seen in the extension study as this may be misinterpreted by patients to imply there was a cessation of therapy.

“From my perspective, what the FOURIER OLE study really showed is that earlier treatment is better. This should be our message,” Laufs concluded.