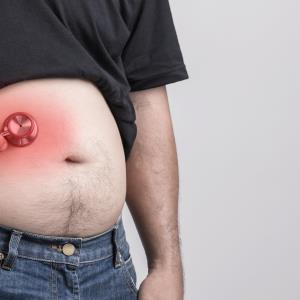 Durable treatment response seen with dapagliflozin-saxagliptin add-on in T2D patients on metformin
Audrey Abella, 3 days ago
Reductions in liver fat and adipose tissue volumes were sustained in patients with type 2 diabetes (T2D) with the addition of the SGLT-2* inhibitor dapagliflozin (DAPA) and the DPP-4** inhibitor saxagliptin (SAXA) to metformin (MET), compared with a regimen comprising glimepiride (GLIM)+MET, according to the extension period results of a phase IIIb trial.

Drug-induced liver injury (DILI) is one of the causes of deranged liver function. Despite its low reported incidence of about 14–19 cases per 100,000 persons, DILI is associated with significant morbidity and is the commonest cause of acute liver failure in Western countries.1

An 87-year-old lady with a history of ischaemic heart disease had a recent episode of non-ST elevation myocardial infarction and refused coronary intervention. She was thus put on dual antiplatelet therapy (DAPT) with aspirin and clopidogrel, while simvastatin 40 mg daily was switched to atorvastatin 40 mg daily for better control of lipid profile. Two months later, she presented with generalized pruritis and tea-coloured urine, and was admitted to our unit for painless jaundice. The patient denied any use of alcohol, over-the-counter drugs or supplements, or traditional Chinese medicine. Her usual medications contained no obvious hepatotoxic drugs, and the only changes in medications were the addition of clopidogrel and the switch from simvastatin to atorvastatin.

On admission, the patient was afebrile with a soft abdomen, without heart failure. Her liver function test was normal at baseline. Liver function test for cholestasis on admission showed substantially elevated bilirubin (200 μmol/L; normal range, <17 μmol/L) and alkaline phosphatase (ALP) (1,000 IU/L; normal range, 45–145 IU/L), while alanine transaminase (ALT) was mildly elevated (90 IU/L; normal range, <47 IU/L) and international normalized ratio (INR) was 1.00. Viral hepatitis serology tests, including hepatitis B surface antigen (HBsAg) and hepatitis C virus antibody (anti-HCV), were negative. Immunologic blood tests revealed a positive antinuclear antibody (ANA) titre of 160 (normal range, <40) in a speckled pattern, but were negative for antimitochondrial antibody (AMA) and anti-smooth muscle antibody (ASMA), with a normal immunoglobin (Ig) pattern. Ultrasound and CT scan of the hepatobiliary system did not reveal any suspicious hepatic lesion, biliary dilatation or gallstone. Endoscopic ultrasound of the biliary system also did not show biliary dilatation or definite filling defect in the common bile duct. Endoscopic retrograde cholangiopancreatography (ERCP) was performed in view of jaundice, with a plastic stent inserted into the common bile duct. (Figure 1) However, the patient’s liver enzymes remained elevated after the procedure, with a bilirubin level of up to 300 μmol/L.

The possibility of DILI was considered, with atorvastatin suspected as the most probable culprit and therefore discontinued. Liver biopsy was not performed as the patient was on DAPT and her liver function slowly improved subsequently, with normalization of ALT and reduction of bilirubin to 90 μmol/L and ALP to about 800 IU/L over 1 month. The patient is currently on serial blood monitoring in our clinic, with all statins withheld since then.

The above case illustrates cholestatic hepatitis due to idiosyncratic hepatotoxicity from atorvastatin. Although rare, statins could lead to severe idiosyncratic liver injury. Phenotypes of liver injury from statins vary from hepatocellular to cholestatic or mixed hepatitis, while an autoimmune type of injury is also possible.2

Diagnosis of DILI is challenging due to the lack of specific confirmatory tests. A detailed drug history lays the cornerstone of reaching the diagnosis and ruling out other potential causes of hepatitis. The causal relationship can be established by the timing of onset of liver injury after initiation of the suspected agent (latency), whether liver injury resolves after discontinuation of the suspected agent (“de-challenge”), recurrence on re-exposure (re-challenge), together with any known potential of hepatotoxicity of the suspected agent (likelihood) and its implicated clinical features (phenotype). Of equal importance in diagnosis is to rule out other potential causes of hepatitis. Work-up usually includes blood tests for viral hepatitis and autoimmune causes, as well as imaging and liver biopsy.1,3

In uncommon cases of DILI, chronic cholestasis may lead to vanishing bile duct syndrome, in which ductopenia is evident on liver biopsy as a result of significant loss of interlobular bile ducts (in more than 50 percent of small portal tracts).5 (Figure 2) Follow-up and serial blood monitoring are important to identify these patients as this condition would lead to cirrhosis and ultimately liver failure.

In conclusion, DILI presents in variable forms and is an important cause to consider in patients with deranged liver function test. Vigilant identification of the culprit agent and exclusion of other concomitant liver diseases remain the essence in its management.

Durable treatment response seen with dapagliflozin-saxagliptin add-on in T2D patients on metformin
Audrey Abella, 3 days ago
Reductions in liver fat and adipose tissue volumes were sustained in patients with type 2 diabetes (T2D) with the addition of the SGLT-2* inhibitor dapagliflozin (DAPA) and the DPP-4** inhibitor saxagliptin (SAXA) to metformin (MET), compared with a regimen comprising glimepiride (GLIM)+MET, according to the extension period results of a phase IIIb trial.