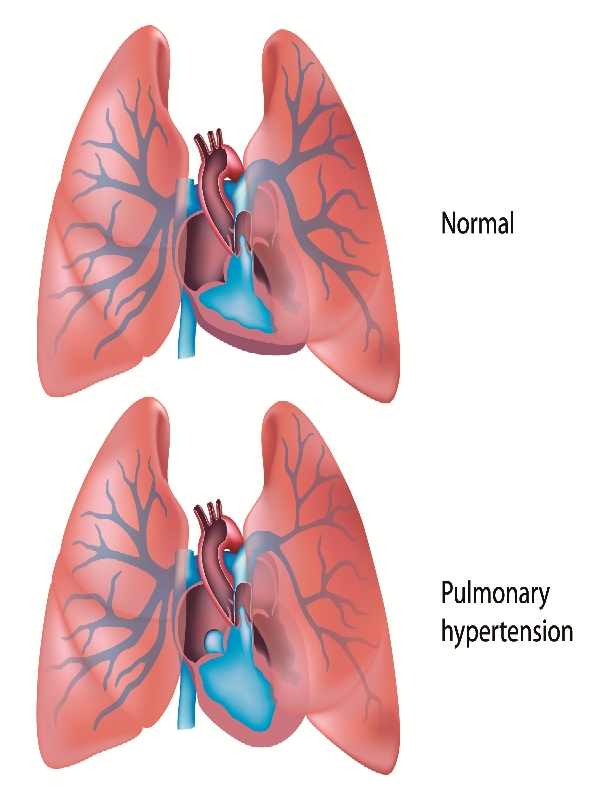 PULMONARY ARTERIAL HYPERTENSION
Pulmonary arterial hypertension is a syndrome resulting from restricted flow through the pulmonary arterial circulation resulting in increased pulmonary vascular resistance and ultimately leading to right heart failure.
It is a part of the spectrum of pulmonary hypertension, which is hemodynamic and pathophysiological condition defined as an increase in mean pulmonary arterial pressure ≥25 mmHg at rest.
Typical symptoms include progressive dyspnea on exertion, palpitations, fatigue, weakness, angina, syncope and abdominal distention.