Acute meningitis is the bacterial infection of the subarachnoid space and cerebrospinal fluid that may cause local and systemic inflammatory response.
Common symptoms in newborns are lethargy, fever, seizures, irritability and bulging fontanelle. While in children the common symptoms are fever, nuchal rigidity (incidence increases with age) and altered consciousness.
Meningeal signs are stiff neck, Kernig's or Brudzinski's signs) are not reliably present in infants <6 months of age.
It may also observe the presence of persistent vomiting, changes in behavior or other psychological/neurologic signs.

Other causes of acute meningitis include the following: 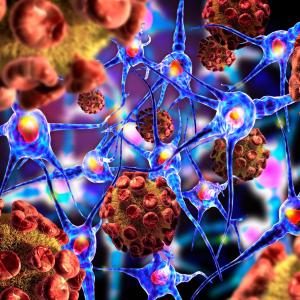