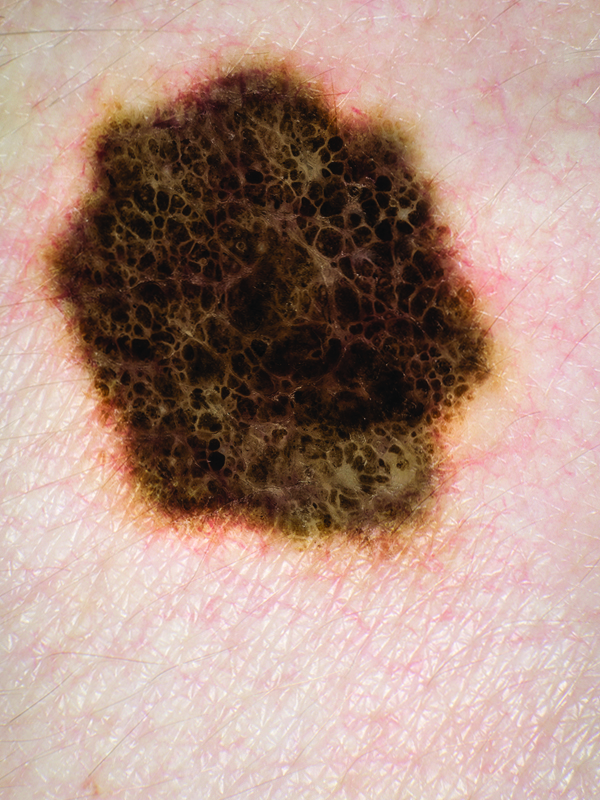 Melanoma is a skin neoplasm that originates from malignant transformation of melanocytes.
It commonly occurs in the extremities of women and on trunk or head and neck in men.
Metastases are via lymphatic and hematogenous routes.